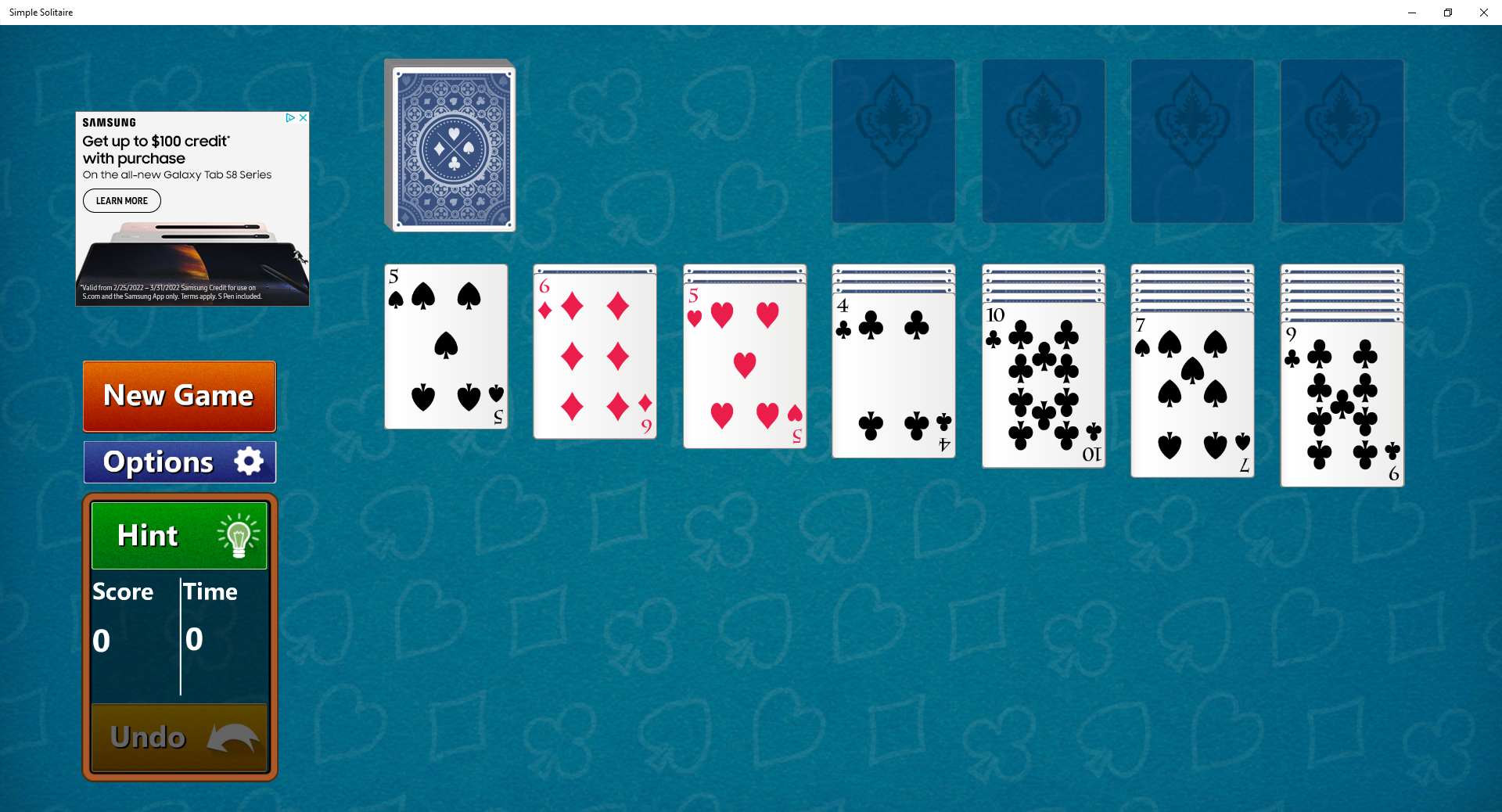 Solitaire remains a popular mainstay in app-based gaming – and it’s the next frontier for cookieless advertising.

When Microsoft made the decision to discontinue its ad monetization SDK for games carried in its app store back in 2020, Pubfinity Founder and CEO Sam Kaufmann saw an opportunity to facilitate in-game advertising.

Kaufmann co-founded Random Salad Games, a desktop-based game developer for Windows platforms whose titles include versions of classic computer games like Simple Solitaire. After Microsoft discontinued its SDK, Kaufmann stood to lose out on the ad revenue generated by his games. He decided to launch Pubfinity as an SSP for game developers like him who could no longer monetize their Windows-based apps, which don’t use cookies.

But spinning up an SSP for desktop games was an uphill battle. “When we started to go directly to DSPs to buy our inventory, they had no idea who Pubfinity was, and we had a lot of doors close in our face,” Kaufmann said.

“Epsilon saw this was unique inventory that no one else was representing,” Kaufmann said.

After all, gaming audiences tend to be highly engaged and spend hours every week playing their favorites. And that’s as true for AAA game titles as it is for games geared toward casual audiences, like desktop solitaire.

Pubfinity identifies the best placements for display and video ads in a publisher’s games, and it sells these placements through Epsilon’s Core Private Exchange.

The partnership with Epsilon creates an optimized supply path to advertisers, with very few hops between the sell side and the demand side, Kaufmann said.

Epsilon’s Core ID interfaces with Prebid’s SharedID solution, which assigns a unique user ID to an individual audience member. That ID is passed through Prebid as a bid request to Epsilon’s DSPs. Epsilon can continue to identify that user as the unique user ID makes its way through the Core Private Exchange. This ID solution does not rely on third-party cookies.

“A lot of standard ad tech for viewability measurement and fraud detection just doesn’t work in an app environment,” Sevigny said. “From the get-go two years ago, we wanted to solve the cookieless problem, because there are no cookies in Windows apps and no unified ID like there is on iOS and Android.”

Pubfinity was also drawn to Epsilon because it brought in a better class of advertisers and offered features to troubleshoot bad ads.

Epsilon’s tech stack allows Pubfinity to identify any ads that take too long to load, increase latency, or otherwise have a negative impact on the gaming experience or prevent an impression from being monetized, Kaufmann said.

Another factor that drew Pubfinity to partner with Epsilon was the company’s stable of well-known customers, which casual gaming apps typically have a hard time attracting as advertisers.

Pubfinity believes it deserves those premium brands. It hand-picks “respectful locations” for ad units and avoids any placements that would trick a user into clicking an ad or overlap gameplay. In Simple Solitaire, for example, that means a 300×250 display ad runs in the upper left corner. Some other games have interstitial video ads.

“Pubfinity didn’t want anything that would deter their audience or attract a lot of customer feedback,” Wilson said. “Over a 40-day span, they had more than 180 nationally recognized or internationally recognized brands running across their properties” after integrating with Epsilon.

“Our only real competitors on the Windows platform are people showing user acquisition ads for other games,” Kaufmann said.

But showing user acquisition ads comes with a big downside: “Our publisher partners are not thrilled about the idea that the only way they can make money is by rolling the dice and hoping that someone doesn’t click an ad to download another game and leave their game to play it.”

Pubfinity still works in a manual way, hand-curating the apps and providing the tech and ad placements themselves, Kaufmann said. But its current lack of automation worked in its favor to get the Epsilon partnership off the ground. “Epsilon appreciated that this allows us to say you’re going to get a quality ad placement no matter which app it’s running in.”